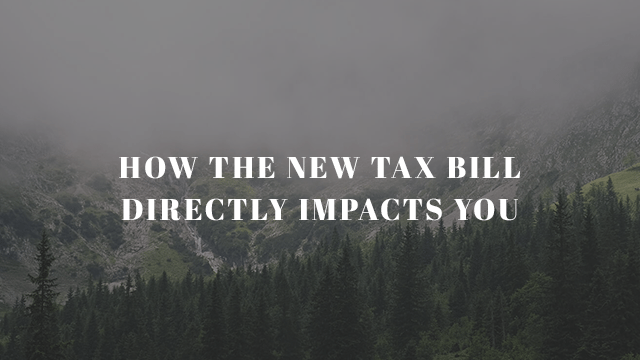 The U.S. Senate recently passed a new tax bill titled, “Tax Cuts and Job Act”. President Donald Trump signed this bill, stating that it will be beneficial both to individuals and corporations.  The bill will go into effect for 2018 taxes, bypassing 2017 taxes.

The bill has a wide range effect, impacting all taxpayers to a varying degree. As always, your income will significantly impact your taxes – those in higher tax brackets will feel a bigger impact. However, there are many tax brackets that are lowering.

Analysts have noted that the standard deduction will nearly double for many households, which means many will opt to take that rather than itemize their taxes in the coming years.  In addition, the child tax credit for each child under the age of 17 has significantly increased from $1,000 to $1,600 per child.  It’s also important to note that the personal tax exemption has been eliminated under this new tax bill, which could be a setback for some households.

If you’re anything like me, hearing the news of a new Senate Tax Bill brought one question to mind, “What does this mean for me, specifically?”

The Balance explains the bill well,

“The Act keeps the seven income tax brackets but lowers tax rates. Employees will see changes reflected in their withholding in their February 2018 paychecks. These rates revert to the 2017 rates in 2026.

The Act creates the following chart. The income levels will rise each year with inflation. But they will rise more slowly than in the past because the Act uses the chained consumer pride index. Over time, that will move more people into higher tax brackets.” 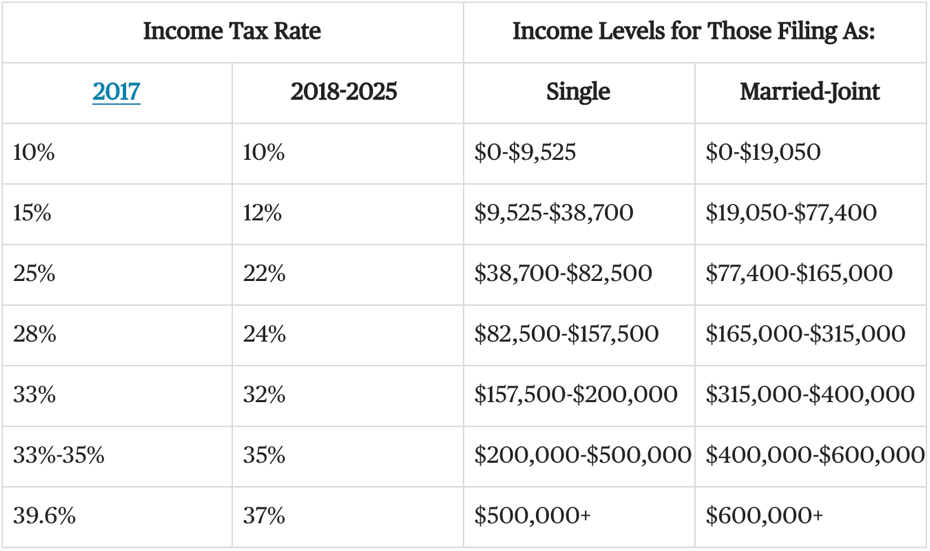 The article goes on to explain,

“The Act lowers the maximum corporate tax rate from 35 percent to 21 percent, the lowest since 1939. The United States has one of the highest rates in the world. But most corporations don’t pay the top rate. On average, the effective rate is 18 percent.”

Hopefully this helps you get a sense of how you’ll directly be affected. Please feel free to contact us if you’d like to further discuss the bill and how it specifically affects you.